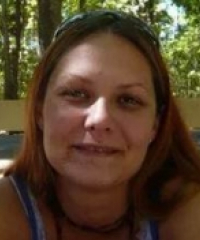 My research interests lie in applied ecology and conservation, with a particular emphasis on spatial ecology and movement patterns. I find herbivore ecology fascinating because it entails understanding every component of an ecosystem, including vegetation, hydrology and other mammalian species. You can find more information about my current research projects here (link).

Emily completed her undergraduate degree in Zoology at the University of Bristol, UK in 2004. Throughout the program, she volunteered with the Mammal Research Group, studying red foxes, brown hares and hedgehogs. During the summer holidays,  Emily travelled to Costa Rica to work in the rainforest, and to Poland to help with a grey wolf research project. Africa had always held a particular fascination for her, so after she completed her undergraduate degree, Emily secured a position at the Kalahari Meerkat Project, South Africa. After spending a year there, she returned to the UK to work as a veterinary nurse for a year, but she knew that she needed to get back to Africa. Emily’s PhD on African buffalo with the University of Bristol began in 2007, after a preliminary three month trip to the Okavango Delta to assist Dr Hattie Bartlam-Brooks with her research. For the next three years, Emily lived in the Santawani area and covered 5,000 km2, following herds of buffalo around the Delta and sampling the vegetation in sites that they used. It was a great privilege to be able to drive into stunning areas that few other humans are allowed to access, and it cemented the knowledge that Botswana was her home. Emily had to return to the UK to write up her thesis, and struggled through the two years before she could leave the country again. She spent 10 months in Limpopo, South Africa, managing a project on dwarf mongoose, but in January 2014, Emily finally managed to return to Botswana, managing the Elephants for Africa study in the Makgadikgadi Pans National Park. However, she really wanted to focus on ungulates, so she was delighted to be offered the opportunity in August 2014 to carry out research on large herbivores through the University of Botswana’s Okavango Research Institute.

In 2008, Dr Hattie Bartlam-Brooks discovered a zebra  (Equus quagga) migration between the Okavango Delta and the Makgadikgadi Pans National Park.  In collaboration with the Royal Veterinary College of London and Botswana Herbivore Research, we have deployed GPS-enabled collars onto zebra mares to study the triggers and mechanisms  by which this migration is achieved.

During the dry season, in the Boteti region of Botswana, zebra and wildebeest travel up to 20 km between forage and water resources every 2-4 days, leading to trade-offs between energy gain, energy expenditure and water limitation. In collaboration with the Royal Veterinary College of London and Botswana Herbivore Research, we will deploy GPS-enabled collars onto female zebra and wildebeest in the Boteti region. We will quantify the energetic trade-off between drinking and feeding, given the effort of travelling between resources. We will determine how zebra and wildebeest navigate across a landscape to minimise energy loss.

Springbok populations have been declining precipitously in recent years, but very little is known about the causes. Tshepo Moatswi, for his MPhil project in collaboration with Kalahari Research and Conservation, is studying the population demographics, dietary preferences and movement patterns of springbok to identify potential factors that could be contributing to the observed declines.

Seasonal migrations of zebra and wildebeest in the Makgadikgadi Pans and the Chobe Enclave lead to prey-rich and prey-poor periods for predators living in dry season ranges, who can then turn to livestock as alternative prey. Tlamelo Matsoga, for her MPhil in collaboration with the University of Oxford's WildCRU, is studying spatio-temporal variations in human-wildlife conflict in these two areas, which will allow the development of targeted mitigation measures.

There are opportunities for MSc and Ph.D. studies with these and new projects. Please feel free to contact me about developing a project proposal.